Why is PancakeSwap gaining popularity? 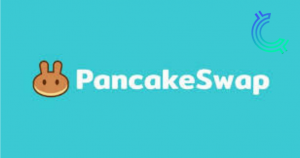 Why is PancakeSwap gaining popularity?

There have been several decentralized exchanges in the last few years and it just shows the might and versatility of the blockchain and crypto industries. However, the most unique factor about PancakeSwap is that it is hosted on Binance Smart Chain, unlike many others that run on the Ethereum network.

Apart from an array of advantages and USPs, the most significant one is that the tokenized BNB, aka WBNB, is not found on many exchanges and almost the entire volume of WBNB is coming from PancakeSwap which makes it a dominant market player when it comes to trading BNB pairs.

Another great benefit over the competitors, Sushi and Uniswap, is that the PancakeSwap is considerably less expensive and is much faster than others because the underlying BSC offers higher throughput than Ethereum and other less popular blockchains. Although the higher scalability of BSC is attributed to its rather less decentralized nature, that factor does not seem to be bothering the mainstream users at all as they only care about swift and cheap transactions.

The top three exchanges mentioned in this article all have something common – their funky interfaces. However, despite that, PancakeSwap is doing a pretty decent job while maintaining the fun element as it hosts a lottery as well where users deposit their native tokens and are then rewarded, based on who wins the lottery. It should be noted that the quantity and probability of rewards depend upon the amount you had pooled for the lottery.

The liquidity providing USP on PancakeSwap is yet another feature that allows people to earn passive income in terms of CAKE after depositing the funds. Please note that there are several pools that you can choose from, however, since PancakeSwap is a sound project with a reasonable following and it happens to be the most popular DEX on Binance Smart Chain, it is probably the best idea to collect CAKE tokens instead of opting for other options, as they pay considerably less as well.

So, although these things may seem smaller at first glance, they keep the users engaged, and thus, the exchange can also provide all its USPs without straining the resources in terms of transaction fee.

Moreover, in order for an exchange to be successful, liquidity plays a crucial role, particularly with DEX because it shows how popular they are and how easily someone can trade off the pairs. Therefore, in the case of Pancakeswap, the liquidity happened to be about $2.44B in the first week of April 2021. As a result, the slippage is considerably less (although they allow you to set custom slippage as well, which is yet another great feature for traders and LPs).

As mentioned earlier, the maximum liquidity on the platform is stored in WBNB which is roughly 50% of the overall value, followed by BUSD and of course, CAKE (the native token of PancakeSwap).