What you need to know about Tesla’s $1.5B Bitcoin purchase and its effects on the market dynamics? 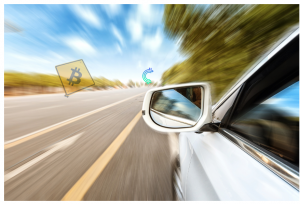 What you need to know about Tesla’s $1.5B Bitcoin purchase and its effects on the market dynamics?

Tesla is known for making bold and unconventional moves in different industries. In a recent move, the electric vehicle maker, disclosed that it has purchase Bitcoin worth $1.5B – while it significantly diversified its balance sheet, the move also allowed Bitcoin to touch its new All-Time High immediately and hit about $44,000.

It should be noted that while Tesla’s huge “money pumping” in BTC acted as a catalyst and a major factor in boosting its value, many investors (both institutions and investors) followed the trend and deposited huge stakes in Bitcoin, enabling it to soar even further.

Moreover, Elon Musk, the founder of Tesla, also announced that the company eyes on accepting Bitcoin and other cryptocurrencies as payment options for their products in the near future, but since a strict set of regulations need to be followed for that purpose, it might take some time before this luxury is finally rolled out for the users.

One of the most notable points is that Elon Musk and his ventures have always been the trendsetters in their respective domains, therefore, following their path, it only seems like a matter of time before the mass adoption for crypto begins on corporate balance sheets. The fact that one of the most valuable companies in the stock market now owns such a huge stake in BTC is significant and even if a shareholder has his funds invested in any of the S&P 500 index’s funds, they are already exposed to the Bitcoin market as at least one of the companies in that fund would already by holding cryptocurrencies.

Apart from the positivity in the market, there are some skeptical observations as well. Firstly, Tesla made this investment when their stock was down about 6% and since their stock has always been a volatile one as compared with their significant others, because of the “fantasy-like” use cases they attempt to work upon, skeptics say that this move would make Tesla’s stock even more volatile, but we have yet to see that! In fact, it’s quite safe to say that as of now, it looks more positive for Bitcoin and cryptocurrencies than it is for Tesla.

However, Musk has always received such comments because everything that his companies do initially seems unorthodox to the mainstream investors and hence, the comments are mainly skeptical. However, those who have stuck with Tesla have always earned higher RoI as the company’s stock raised by 422% in the last 12 months.

It is worth mentioning that Tesla’s move comes as a byproduct of their updated investment policy which now allows them to allocate funds in a variety of asset classes to diversify the portfolio and of course, maximize the Return on Investment as well. Please be advised that in a statement made to SEC, the company also said that they are keen to invest in alternative reserve assets as well, such as gold ETFs, bullion, and many more. Therefore, we might see small surges in these markets as well. However, the increase won’t be as “exponential” as Bitcoin because these markets are quite stable.