TIME magazine about to experience major change for adopting crypto 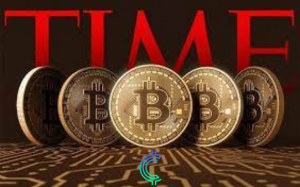 TIME magazine about to experience major change for adopting crypto

In the last 12 months, we have seen major changes or rather advancements in the digital world. Previously, crypto was only taken as a mode of investment or trading. However, last year, while several institutions adopted cryptocurrencies to diversify their balance sheet, many organizations also provided crypto-oriented feasibility to extend their customer bases.

So, last month, as part of the “crypto adoption spree”, TIME Magazine also announced its partnership with Crypto.com to entertain cryptocurrencies as a new mode of payment for its subscription plans.

As a result, subscribers will be able to access unlimited content across the website for 1.5 years for a single purchase. This reduces a lot of hassle for monthly recurring payments and would eventually allow everyone in the world to be a part of TIME magazine. However, as of yet, the service is only available in North America and they plan to make it Global in the next few months.

To acknowledge the partnership, Crypto.com will also offer a reward of up to 10% payback for subscribers who pay the fee via CRO.

TIME’s President also seems quite proud of this partnership and another advancement the company has made as he said:

“As TIME continues to innovate and find new ways to build upon our existing community of 2.3 million subscribers, we are proud to offer this new payment option through our partnership with Crypto.com”.

It should be noted that this is not the first time TIME has dived into the crypto frenzy as a few months back the magazine started offering a series of covers as NFTs in the auction. It included one of their most iconic covers as well where the company boasted about its 98-year rich history and it was also the first cover designed in this series.

Before TIME, on 7th April, Forbes also got its hands dirty in the crypto niche by launching an NFT auction where Yoshi Sodeoka’s art was featured as the cover and was sold within 24 hours for a whopping price of $333,000. However, they didn’t keep any profits as the amounts were donated to the International Women’s Media Foundation and the Committee to Protect Journalists.

The less popular magazine in this list, SPIN, also announced to release such NFT covers on 4th April and feature videos, limited edition covers, rare photographs. Since they are fully digital, they can offer such feasibilities and probably go even further than Forbes and TIME.