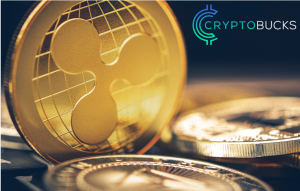 This bull run has experienced immense institutional adoption. Although most of the companies prefer Bitcoin and Ethereum, the financial market leaders, traditional banks, seem to be going for Ripple. It should be noted that their preference is not just in terms of investment, in fact, they are more inclined to put this currency in day-to-day operations as well.

However, before we start digging into the rationale and the associated pros, it is important to understand the difference between Ripple and XRP, as the two terms are often mixed, but in reality, they have an entirely different meaning.

Ripple happens to be a payment system or in other words, a settlement network that allows transactions to take place. Since it runs on blockchain technology, it is entirely decentralized and is not owned by a central authority. To put it into more perspective, Ripple imitates SWIFT at a much modern and efficient scale.

How do banks fit into the picture?

Well, these days, traditional banks face a lot of problems, ranging from higher transaction cost to slower transaction speed. Among an array of reasons for such problems, the top one happens to be the centralized architecture of traditional banks and plenty of intermediaries between two parties while conducting a transaction. Therefore, Ripple offers one of the best solutions to pretty much every problem faced by banks.

Currently, if you conduct an international transaction via your bank, it would take anywhere between 4-10 days for the receiver’s bank to reflect the amount. This is insanely slow in the modern economy.

Compared with this lag, the Ripple network can process payments within 2-10 seconds. Even if the time increases to a couple of minutes when the network clogs, it would still be a better solution if compared with wire transfers.

This is the banks’ most favorite point. Since the Ripple network acts as a ‘canvas’ and can entertain fiat currencies, other cryptocurrencies, and commodities as well, the banks do not have to give up their entire offerings or architecture and shift over to a new system overnight.

Many institutions have started using Ripple in their use cases to test out the practicality and the results are quite promising as their efficiency and RoI has increased significantly. Moreover, it also paves way for massive adoption by large institutions and once that goes mainstream, the acceptance is expected to explode and gradually more local banks will opt for Ripple as well.

In traditional banks, there are multiple intermediaries. Apart from the fact that they increase the settlement time, every intermediary has to be paid as well which increases the overall transaction cost.

However, since Ripple is decentralized and facilitates P2P transfers, the network does not have to pay any fee to the intermediary.