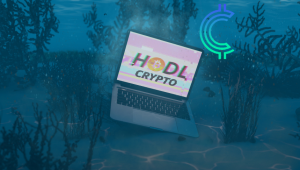 India is one of the countries with the greatest number of tech geeks in the World and cryptocurrency is not an exception by any means. Millions of individuals and companies in India either hold crypto-assets for the long term or they trade on daily basis and the country’s active participation is also one of the reasons for high liquidity in the sub-continent.

However, towards the mid of March 2021, one of the Government officials revealed that the country is actively considering passing a law that would ban the holding and trading of cryptocurrencies in their jurisdiction and anyone found guilty of such an activity would be fined heftily.

It happens to be one of the strictest policies proposed by any modern government that aims at criminalizing an activity that involves cryptocurrency, let it be trading, mining, or even transferring assets to any second person.

It is worth noticing that this newest measure is an extension of the policy hinted by the government in January in which they plan to ban all virtual currencies in an attempt to launch and promote the usage of an official digital currency.

Although there have been several debates in the country regarding this bill, another official said that the proposal to give some “buffer” to crypto HODLers would also be proposed so they have enough time to liquidate their assets before being prosecuted. However, since Narendra Modi’s government holds an absolute majority in the parliament, they are most likely to get it passed with their terms.

It should also be remembered that if this controversial bill is passed, India would become the first major economy in the world to impose such a strict ban on cryptocurrency as even China has refrained to go to such an extent, although they do penalize mining and trading.

Despite these statements by government officials, investors and particularly the newbies, seem quite hyped up with greed as the transaction volume in India has increased exponentially and there are now well over 8M users, although no official data exists for such numbers.

One of the most reputable exchanges in India also managed to increase its financial inflow by 30X in the very year and another exchange, Unocoin, successfully onboarded 20K more customers in the same month the ban was initially announced.

Moreover, another crypto-based platform in India revealed that they managed to hit daily transaction volume as high in February as it was for the entire month in 2020.

So, it’s quite evident that people are not much worried about the potential ban, although there is a lot of panic among newbies and those with high net worth.

Moreover, we cannot even ignore the fact India happens to be one of the largest economies in the world and despite that, its policy is not in sync with some reputable countries in terms of financial regulations, such as the US and UK. None of these countries actually ban crypto – all they do is to bring this asset class under a regulatory framework.