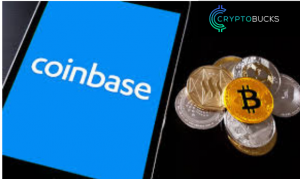 Coinbase happens to be one of the biggest and most credible crypto exchanges in the market and therefore, when it went public (with the ticker COIN) in April 2021, pretty much all major crypto coins shook wildly – some went skyrocketing while others dumped significantly.

Unlike most of the major companies that go public, Coinbase did not opt for an IPO initially. Instead, it started giving out shares directly via NASDAQ and this tactic has already been practiced by some big names, like Palantir and Spotify in the last few years.

The listing is not only a major milestone for the overall crypto industry but exhibits the true might of Coinbase as a crypto exchange.

To get an idea of their massive growth in the last few years, it is worth noticing that according to SEC, Coinbase generated a revenue of about $1.3B in 2020 alone – which happens to be roughly 2X growth from 2019.

Let’s explore how Coinbase, which was valued at nearly $100B at the time of listing, makes money and what’s the business model that has allowed them to reach this level.

Apart from the mainstream exchange-related services, Coinbase provides the following services as well:

Despite these positive indicators and pretty straightforward business model, we have yet to see how the company performs after its public listing because since Bitcoin has soared in popularity, Coinbase has started facing tough competition from exchanges and other service providing startups in the crypto niche, such as Robinhood that does not charge any commissions.