CENTRAL BANKS UNDERSTAND CRYPTOCURRENCY, AND THEY WANT IN 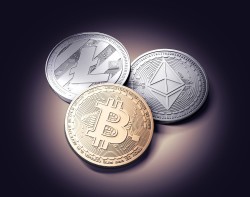 CENTRAL BANKS UNDERSTAND CRYPTOCURRENCY, AND THEY WANT IN

When cryptocurrencies surfaced, people were quite skeptical about them and the banks were not ready to embrace this latest digital asset at all. Firstly, it was not being used by many at that time and they feared a lack of adoption, nobody understood it fully and the most important aspect is that the banks and the CEOs feared it would thwart their monopoly in the long run as the cryptocurrencies are entirely decentralized.

However, in the last 4 years, there has been a great surge in the value and acceptance of cryptocurrency among mainstream users and this bull run proved that institutional adoption is also booming as some of the topmost niche leaders added BTC to their balance sheets in order to diversify the portfolio.

One of the most observable trend changes is that the central banks of many countries are not only struggling to devise a crypto-oriented regulatory framework, but they are also pushing their countries to roll out their own tokens.

The idea is not the latest as this suggestion has been around for several years and recently, we saw the Bahamas introducing its first cryptocurrency, called the Sand Dollar. Apart from that, some of the leading economies in the world, including Japan, China, and Europe, have also started considering rolling out their own digital assets as the popularity is growing and it is an indirect demand from the end-users as well. This happens to be one of the reasons why, even in the worst dumps, people do not lose hope in this technology and big investors continue to pile up their balance sheets.

The core reasons as to why the central banks want in are quite simple and if you are following the crypto niche, even for the last 6 months, you would have heard about them already.

Firstly, the traditional banks are facing an enormous load when it comes to processing international transactions because of an array of intermediaries in between. It does not only lower the transaction speed, but it throws a hefty cost on the user as well. Since we now have cryptocurrencies in the equation, banks do feel threatened as people might shift to digital currencies entirely. Therefore, instead of losing it to digital currencies, central banks have realized the wiser option – to create their digital currencies and make them mainstream instead of fiat.

Moreover, since banks always want to capture a wider geographical region to enhance their business, fiat has its limitation as it’s controlled by respective governments. But in the case of digital currencies, a bank in the US could offer its services to the other corner of the planet as well at the same cost.

It is also worth noticing that whenever the Federal Reserve or a central bank announces its pro-crypto policy or that they are attempting to build a digital asset of their own, the mainstream crypto market gains traction and oftentimes, it has a direct impact on the value of BTC and ETH as well.